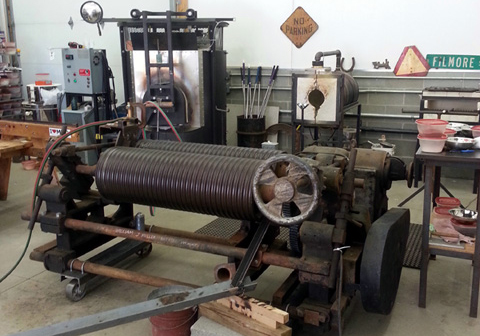 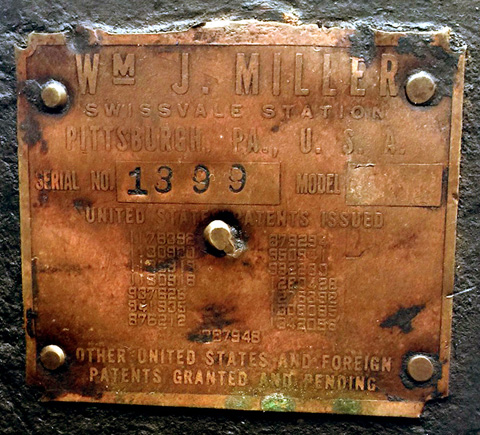 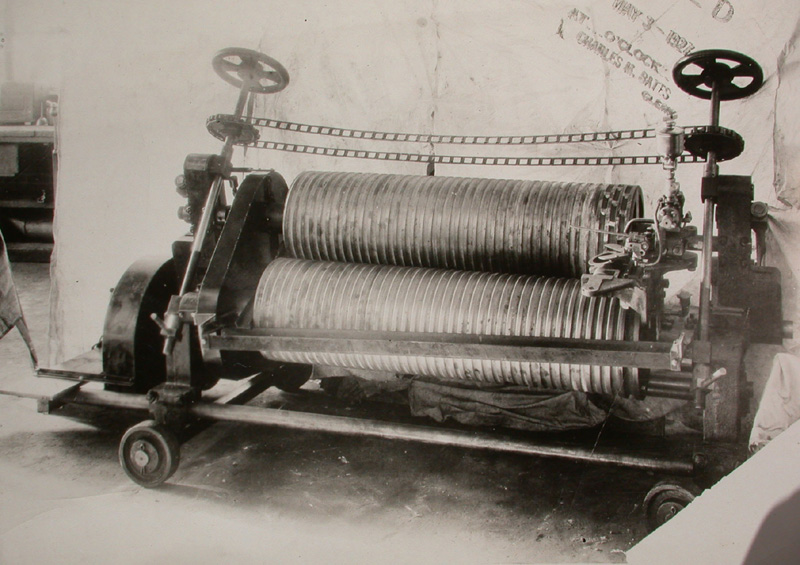 One of the original Peltier machines as it appeared on May 13th, 1925.

Mr. Miller had been experimenting with building a marble forming machine since 1919. His first model of machine was used by the Nivison Weiskopf Co in Cincinnati, Ohio. The first model was referred to as the Model RAA. The below William J. Miller Co. catalog image from 1923 (page 30) shows the Model RAA and is probably a picture of the actual machine used at Nivison Weiskopf. It is believed that this was the only Model RAA produced and sold. 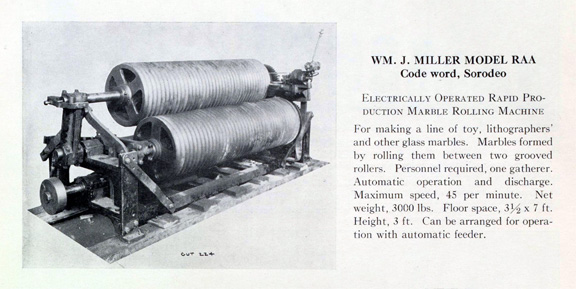 The Model RAA sold to Nivison Weiskopf was put into production on February 19th, 1921. Between this date and January 1st, 1924 – Nivison produced a total of 2,703,857 glass litho balls. Through this trial period of production in Cincinnati, Mr. Miller changed and perfected his design which was eventually patented and sold to Peltier Glass Company. The William J. Miller Co. referred to the new improved design as Model RAB. On December 12th, 1924, William J. Miller applied for a patent on this machine design. This would be granted on September 28, 1926 as US Patent 1,601,699. 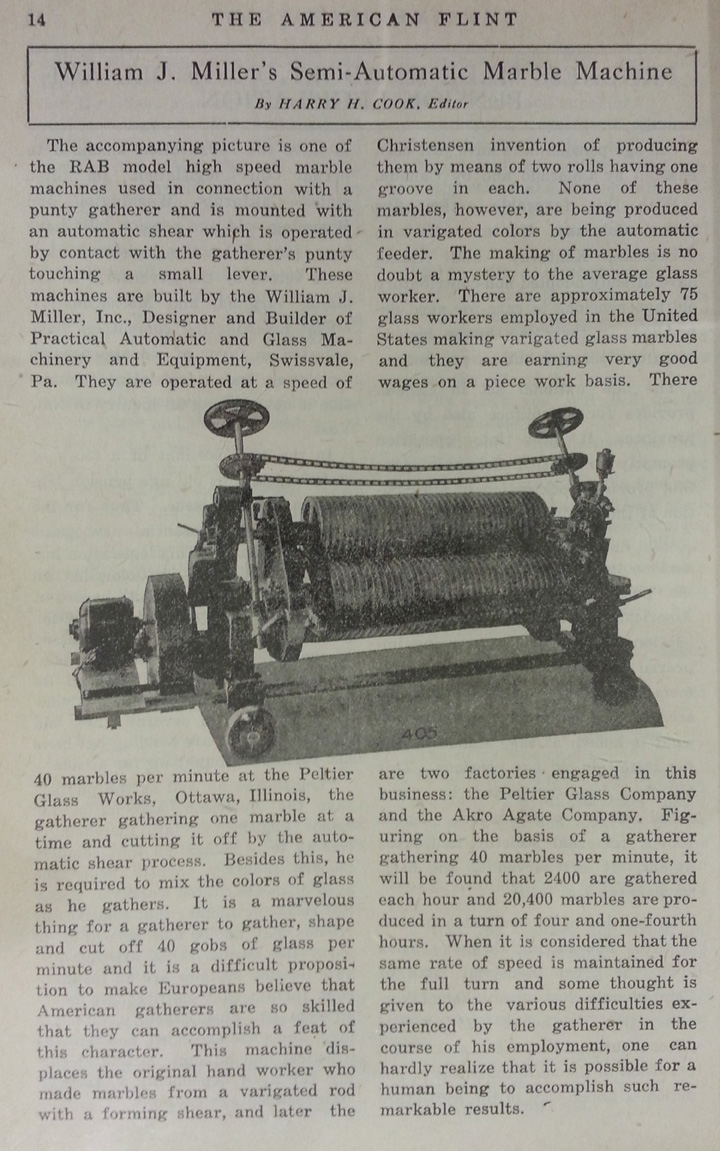 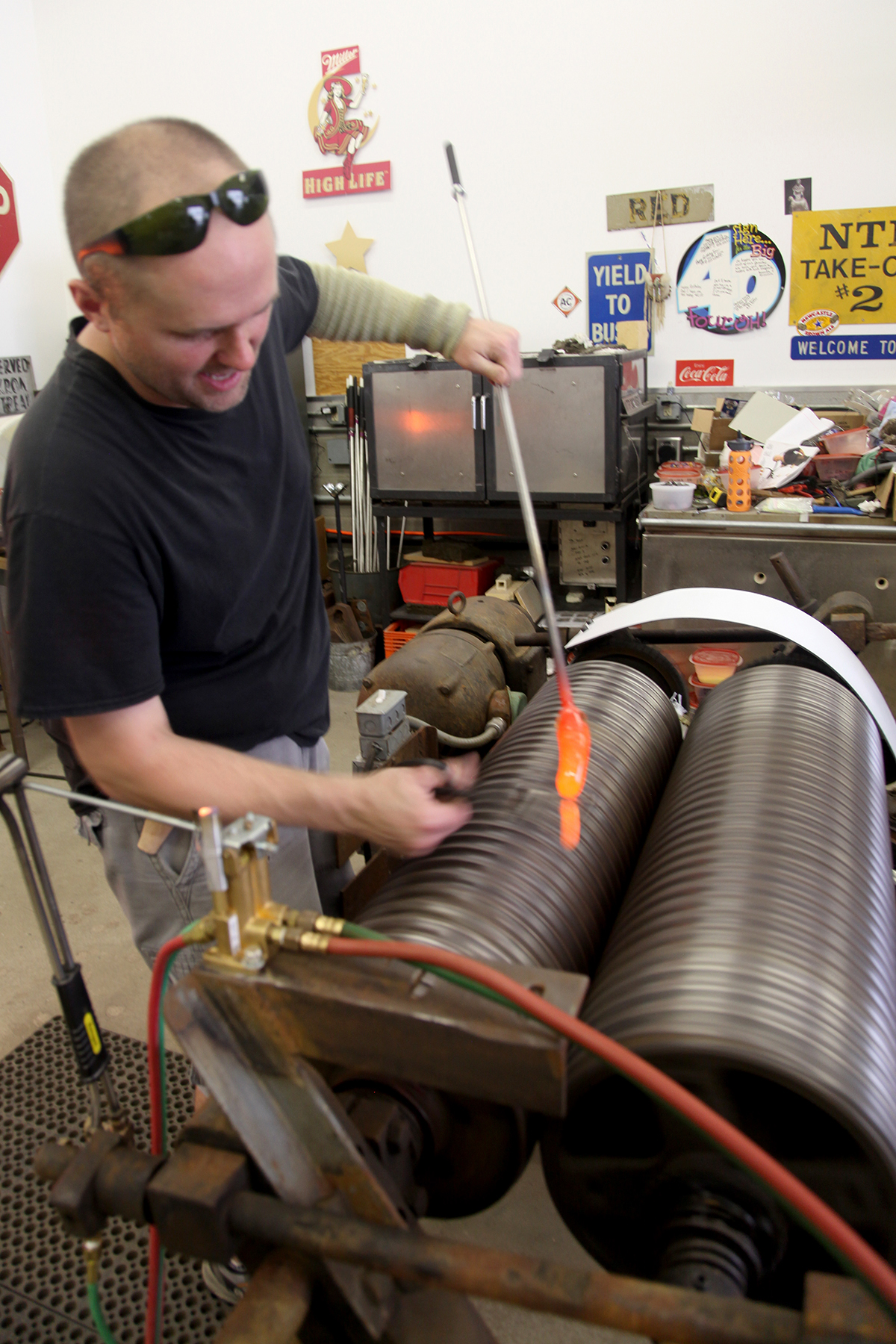 Here I am loading a gob of glass into the machine rollers.